Check-meowt! CatArt shop @threadless
"All Art Should be Cat Art!" ​
Shepard Fairey
How I got Cat-apulted into a Fur-real world!
​
In 2014 I was invited to participate in Cat Art Show LA . The exhibit was touted as the world's best collection of cat art by Time Magazine. The show featured works by top artists, Like Shepard Fairey, Tarcey Emin. Gary Baseman and many more.
​I had to pinch h myself!

The line to see the exhibit was over one block Long all evening! At the show, I stepped out for some fresh air, when a young man standing in line asked me if he was dressed well enough to get in, I assured him there was no dress code. But people were dressed in all manner of cat-centric finery, some even brought their own fancy cats to see the show...why not? There were no dogs aloud, but one got in!

because I sold all three of my paintings opening night, I was invited back for "The Sequel" 2016 and "The Return"  2018.

This astonishing series of events opened up a whole new universe of cat culture for me. One I was actually prepared for, being a cat worshipper all my life, it was a natural fit, I didn't have to pretend. I just had to get inspired, no problemo.

I knew all along that cats were awesome magical creatures, but I really had no idea just how popular cats were until Cat art Show LA. The world has been informed!

​Post Cat Art Show LA, Curator Susan Michals, once again lifted cat culture to new heights, with the creation of CatCon.
Having done well at CASLA, I was invited to participate, which furthered my interest in doing what I love.

Soon events led me to create of my own cat art show fundraisers. It's an idea that has exploded, because it works!
Thank Bastet  kitties in need are getting help! I have produced three very successful cat art show fundraisers where I live, in Eureka Ca.
​
In my experience cats have a funny and even profound effect on artist’s imaginations. They are the Purrrfect muse! 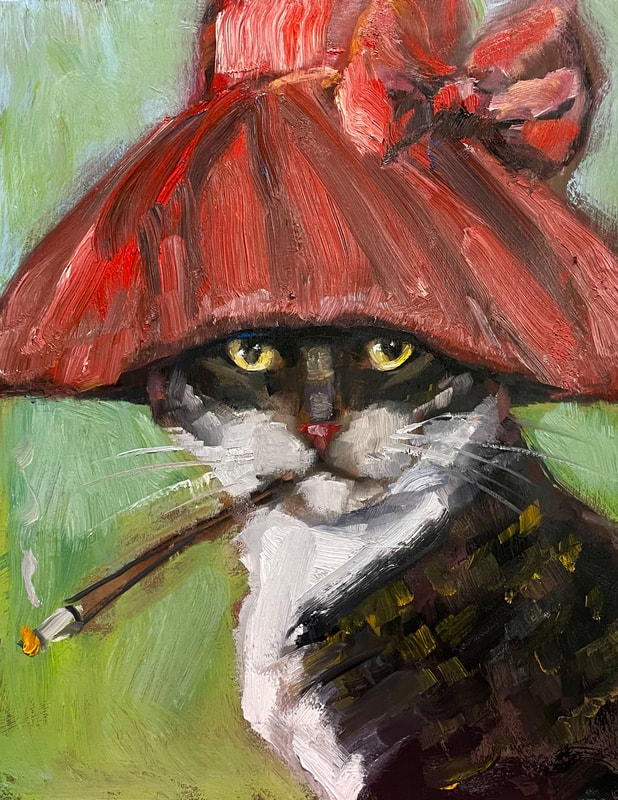 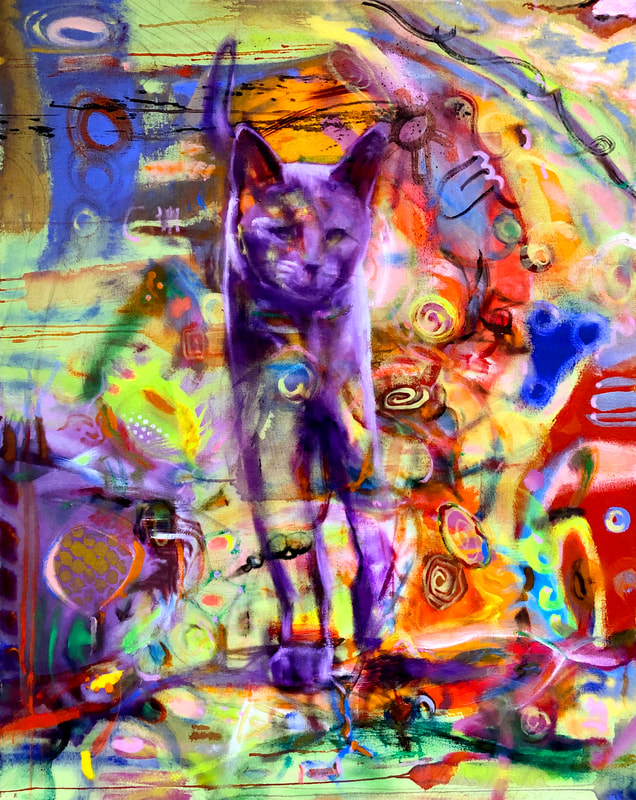 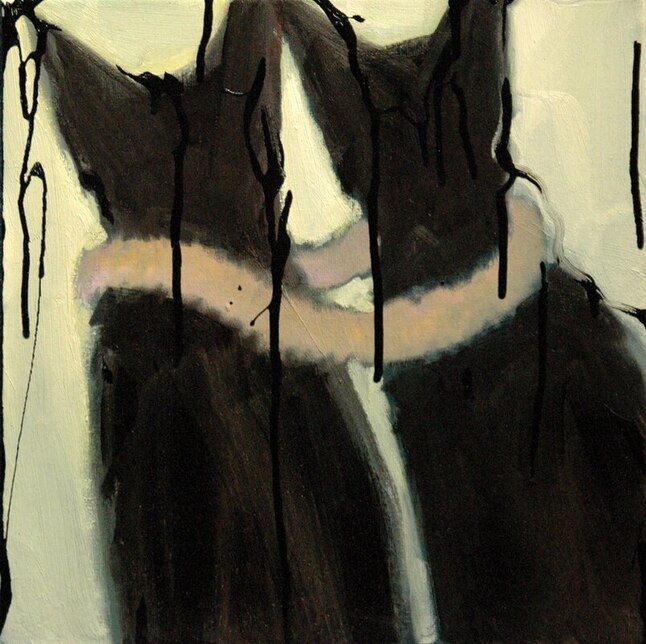 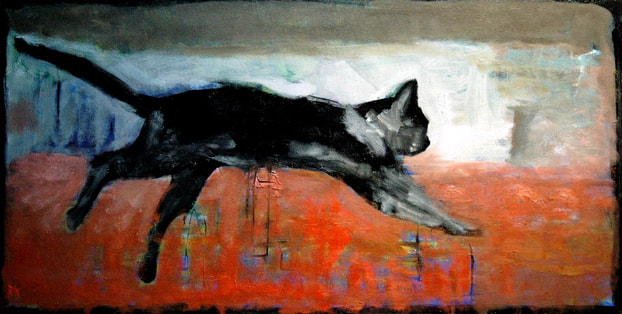 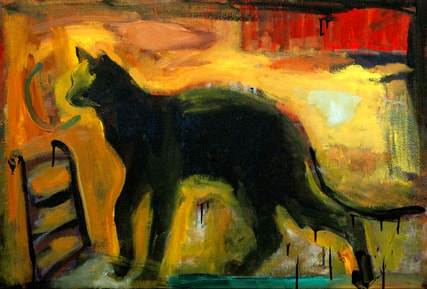 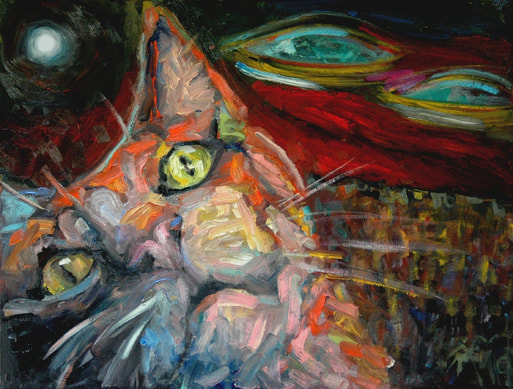 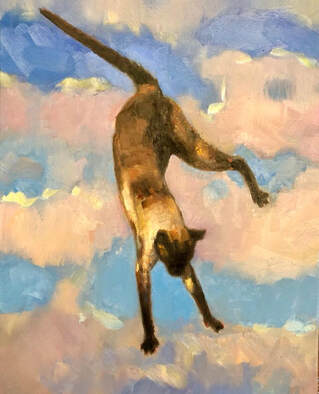 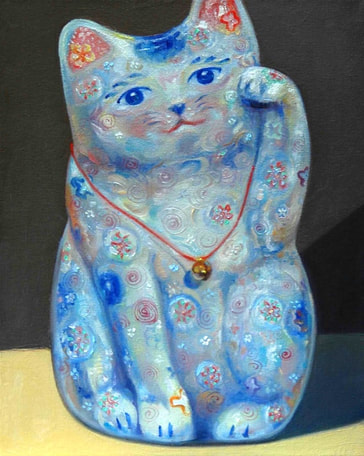 ​Sphynx with Coat" a dream come true, my cat art on a coffee bag!
This wonderful medium roast can be ordered through HUMBOLDT BAY COFFE ROASTERS
Find this coffee at Eureka Natural Foods in Eureka, Ca. or give us a call at (707)-444-3969